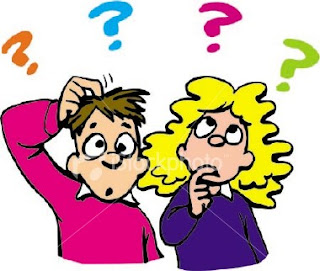 SOL...Standards Of Learning...the tests that tell how much a child has learned that school year in a particular subject. I dread these tests every year but my girls always end up doing well on them.

Kacey's first SOL test was back in March. It was her Writing SOL and we just got the scores back and she passed it. Then she had her 2nd one last Thursday, one today and her last one will be this Thursday. They start the testing not long after the kids arrive for school. For Kacey, that is not a good testing time. Even though she feels well, her blood sugars read different. She eats only an hour and a half before the test so her sugar was still climbing. I'm not sure what happened but she ended up hitting the 350's (thank you breakfast and nerves, I think!). I got a call from her nurse saying Kacey had a headache and she wasn't going to be able to test. So I picked her up and took her home to rest. Thankfully she was able to retest the following day in the afternoon. Her sugars seem so much better during that time. Today she has another SOL and I haven't gotten a call yet so I'm hoping she didn't have that spike again. When it comes to diabetes and tests, my brain starts to fry a bit. I sit and think about how diabetes affects Kacey's body on just a daily basis and then when she tries to test, how accurate is it? We all know what high blood sugars do to our kids brains....fuzzy, sleepy, not able to concentrate and the list goes on. So when it comes to big tests, how can we be sure our kids are getting an accurate score? We can't! We have to take those curve balls as they come. Something I thought about and I am really going to push Kacey to start doing is testing or checking Dexcom before a test and writing the number in the upper corner of her paper. Yeah, you're wondering WHY would you want her to do that? Well, when she gets her test back and she gets a bad grade on it, then I want to know what her blood sugar was before she took it. Did she get that grade because she doesn't know the material or did she get it because she was trying so hard to focus and just couldn't because of the havoc that diabetes was wreaking on her body? She hasn't gotten the hang of doing it yet but she will! I help her study before tests and I make sure she knows what she needs to going in for tests but if she gets in there and ends up with a 70 or below on the test then something went wrong. I just want to make sure that I'm staying on top of what needs to be.

How do the parents of older D-kids handle testing situations? How about college adults?

It's another one of those times when I don't know what it feels like to be high but I know I hear Kacey say, "I feel like crap!" so how do we handle those highs and testing?

As for Kayleigh's SOL tests, we've got it good with her testing schedule. She only reports to school for the days she has tests and only stays for the time she has those tests. Her SOL's started last Thursday and she only went to school from 11:12am-12:44pm and then I picked her up. Then she didn't have an SOL on Friday so she got a 3 day weekend! She has an SOL today from 9:26am-11:07am and then Tues & Wed she only goes in from 7:40am -9:21am. That's been REALLY nice! She eats before she goes and we don't have to worry about any blood sugar drops. So once Kacey gets to the high school then testing should be a bit easier for her.

Only 11 more days of school!! YAYYYYYYYYYYYY!!!

On an exciting note, Diabetes Dude made a road trip to surprise team Beta Buddies at their JDRF walk. It was so moving to see Reyna's reaction and I actually cried watching it. It was also GREAT to see all the D-kids rooting for them. WAY TO GO D-FAMILIES!!! We were blessed to be part of such an amazing day! Love you all!!! To see the video...CLICK HERE.

I think that is a great idea for kacey's tests!

Having gone through university with type one, I don't think that this is a great idea. I fully understand why you want Kacey to do this, but it seems to me that it's going to encourage her to blame everything on diabetes.

Later in life she may have to go through an interview, intend a meeting, ask a for a raise, you name it, while being in the 300s, and she needs to know that eventhough it's tough, she can do it and do it well!

I hope she does great and that her bloodsugar will behave!

i think special consideration should always be discussed prior to testing. my tyke is entirely too little to think about this yet for him, but you dont want an innaccurate measure of your childs ability. i like the idea of writing it onto the test paper before beginning.

I'll be watching and eagerly anticipating how you handle tests and stuff....learning from you, my friend. We're only starting 2nd grade next year, but the standard tests are only 1 year later....

I see Marie's point about what happens later in life...but right now she's a child. Later in life, she'll have more life experience draw from. As as adult without diabetes I can confidently handle situations now that I wouldn't have been able to handle as a 11 or 12 year old in puberty.

I don't see how choosing to manage diabetes for a standardized test equates to "blaming diabetes for everything" that comes later.

Thank you all for your input.

That being said...
Please understand that in no way am I encouraging Kacey to use her illness as a crutch or have her blame diabetes for everything. She is only 11 years old, hitting puberty head on so her hormones are wacky and growth spurts are thru the roof. This is causing her sugars to hit the 400-500 range during the night and then she's running 200-300 range during the day and we've adjusted basals every 3 days to try and stay on top of it. It's not like she is running a consistant 100-150 range and hitting 200's occasionally. We're battling this daily and take every day as it comes. I often wonder how much she's actually learning when her body feels like crap? Also when she misses class for feeling like crap, then is she being tested on material she missed while she was out calling me to ask if she can take some Advil for the nasty headache? It's things like that I'm wondering about. I know there are days she is capable of doing work when she's in the 300s but remember, shes a child, shes not in college or asking for a raise. She's not completely capable of understanding whats happening with her body and how to deal with it. As a parent, it's my job to step in and be her advocate until she is able to do it on her own. Do you understand what I'm trying to say? I don't want this to come across mean or defensive because thats not what it is. I'm just worried...is she testing and understanding it or is she testing and not understanding it because:
1. she missed class when it was taught
2. she missed the lesson because she was out of class
3. she tested and her blood sugar was sky high
4. she tested, she was fine but she just didn't understand it.

It's hard enough to try and understand why your child got a bad grade...did they not study? did they not understand it? did they miss the lesson? But when you add diabetes in the mix of all of it, it becomes a whole new ball game and the fast place classes and expectations that these kids are held to are INSANE! Its not like when we went to elementary school 15-20 years ago....or even 10 years ago....times have changed and I just want to make sure my child is getting the BEST education she can!

Thanks so much for the support in our journey!

Jill, I do absolutely understand your worries. My comment was not meant to be offensive, and I hope it didn't hurt your feelings.

This is the point of view as a 27 years old diagnosed 9 years ago, and working in an environment where there is very little room for bad lows/highs.