That's what diabetes was before we met. I was like any other ignorant person I come across that doesn't know what diabetes is or how it affects Kacey's body. I had only been around Type 2 diabetics. So I didn't know those warning signs they tell you about. Those dreaded symptoms that squeeze my heart when I see a child drinking a lot of water or running to the bathroom all the time. Those dreaded symptoms that include:
The morning after Kacey was diagnosed, we were put into a class and shown this list. A check list of symptoms and she had EVERY single one of them except *Unconsciousness*. How could we NOT see these symptoms coming on? How could we not see the warning signs? Invisible....Sneaky....and Silent. Diabetes had crept into our world and we had NO idea that it had been wreaking havoc on Kacey's poor little body until it was almost too late. I often think about...what would we have done if she'd just passed out? What if she'd fallen out while she was on the softball field? How would we have reacted? And of course it does cross my mind....what if she'd gone into a seizure and not made it? As a parent, we think some crazy things! We're scared for our children. Not a night goes by that I don't worry that Kacey's sugar will drop too low. 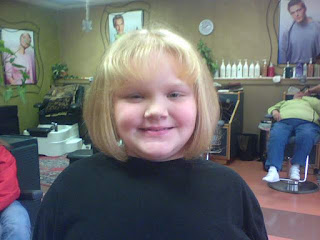 January 2008...New haircut and Onset that we didn't know was happening. She'd been sick with a double ear infection, bronchitis and upper respitory infection. 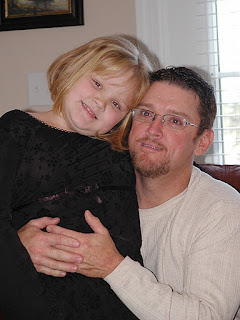 February 2008- Diabetes sneaking it's way into our life. She still looks so happy and healthy. 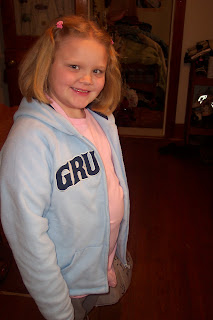 March 2008- Still smiling and totally unaware of what was happening.﻿ 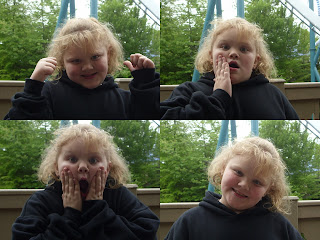 April 2008- Still hasn't loss her sense of humor! She started to drink more here. She was going to the water fountain at school so much that her teacher asked me to start sending her a water bottle. She also had a really bad cough and was sick again.﻿ 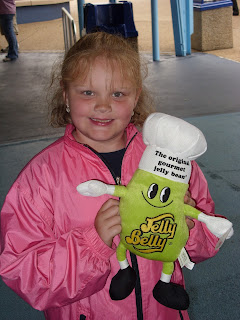 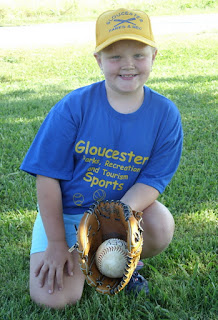 June 2008- She had ALL the warning signs here and red flags were going off. She was drinking all the time...peeing all the time....wetting the bed...still had a bad cold...she'd started to tell me she saw black spots...she was exhausted after games....asleep before we could get out of the ball park....eating more than usual and she'd lost weight. The signs were there.﻿ 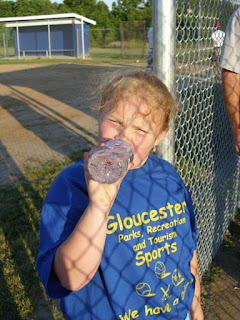 ﻿End of June 2008- She was drinking 2 bottles of Gatorade during a game and a whole bottle of water before the game. Sure it was 90+ degrees out...it was HOT! You make sure your child has enough fluid while it's hot, right? And if she drinks all that then she's surely gonna have to pee more, right? And if she was playing games in that heat, surely thats the reason she was so tired, right? And if she's burning all that energy running around then being hungry is normal, right? All the signs were there. 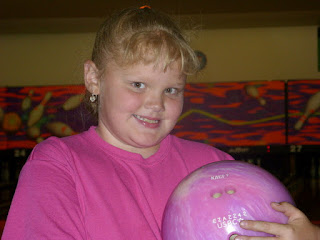 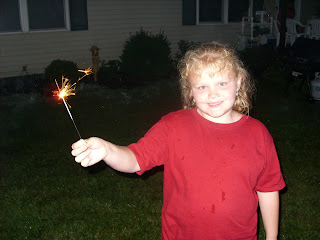 July 4, 2008- Can you see the water spills on her shirt? She was downing water by the jug! This was 11 days before she was admitted into PICU. Does she even look sick? Sure, she's lost some weight but she's been playing softball and being active for a change. But....how do I explain the bed wetting? She'd started to wet the bed, something she hadn't done since she was 2! Did she have an infection? Was the virus back? She started having some flu-like symtoms but she stopped throwing up so is she feeling better? She wants to sleep all the time.﻿ This isn't normal. My Mommy-gut had finally kicked in and decided it was time to go to the doctor. It's probably just a virus or a bladder infection. What I thought would be a quick trip to the doctor.....landed us in PICU for 3 days. 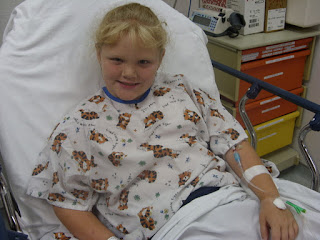 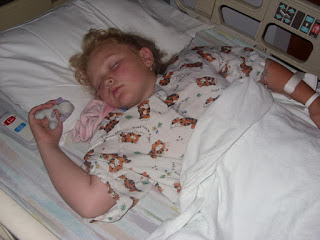 3 days in PICU...24-48 hours of going into a diabetic coma...and we never saw the train that was coming to hit us!


Education about the symptoms of T1D is critical because type 1 can easily be mistaken for more common illnesses, such as the flu. JDRF has literature which lists the symptoms and treatments of type 1 diabetes and hypoglycemia (low blood sugar)--available for download here.

Misdiagnosis can have tragic consequences, including death. Knowing the warning signs of T1D can save a life. Please share what you've learned with everyone--family, friends, teachers, doctors. Until a cure is found, the more who know, the more lives will be saved.

Please help JDRF raise awareness about the warning signs of T1D--a chronic, debilitating autoimmune disease that is most often diagnosed before the age of 30. As with many diseases, early diagnosis goes a long way toward preventing serious health problems, and even death.

You had me at the first paragraph! Sometimes I forget that I knew nothing about type 1 diabetes before Ally's diagnosis. This is why we have to keep educating. Thanks for sharing Kaceys story.