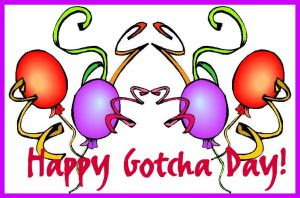 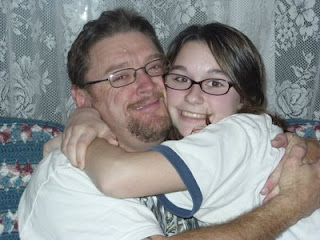 May 15, 2002
We came home to find a message on the answering machine. "Hi West Family! This is (*insert lawyer's name*) and I'm just calling to tell you.... IT'S FINAL! Frankie she is all yours now! You can pick up the final papers in my office as soon as you can. I'm so happy for you all. Take care!"
What did this mean for us?
For the first 7 years of Kayleigh's life, we went through a nasty court battle with my ex and his family. It was a difficult time for us all but most of all Kayleigh was the one that was affected. I'm not going to drag up the past because thats where I prefer to keep it and since the adoption we've managed to become friends with my ex and his wife (who also happens to be Type 1 and helped me through Kacey's diagnosis....LOL amazing how God works!) Anyway, because of the situation, my ex signed rights to Kayleigh over to Frankie and allowed him to adopt her as his own. It was what we all wanted but most of all what Kayleigh wanted. Frankie had been in her life since she was 2 and he was there all the time for her.
I firmly believe everything happens for a reason. I know some people didn't think this was the best but in the long run it helped us become a family and it helped to mend the bitterness between Kayleigh's two families. She will always be biologically attached to my ex's family but we were blessed with another man that stepped up to the plate and took care of her as his own from day 1. They share a bond that will never be broken. She might say she's a Mommy's girl but there are times that she is such a Daddy's girl.
As for her special present.... She doesn't know it yet, but we're giving her a pandora bracelet. She's loved shopping for the charms for mine and today she will have her own.
Kacey still doesn't understand the whole situation and we haven't told her anything. It's a special time that we've shared privately the last 7 years. We give Kayleigh a special present on this day each year to let her know that not only is this our anniversary but this was a day that is also very important to her. Since Kacey still doesn't understand the day....we've decided to give her a bracelet too and it will be for her 1 year D'anniversary since that is fast approaching!
It's going to be a GREAT day! I'm so blessed!
at 2:08 AM

I'm glad that everything worked out for the best. Family at times is more than blood relatives! Happy Gotcha Day! :)