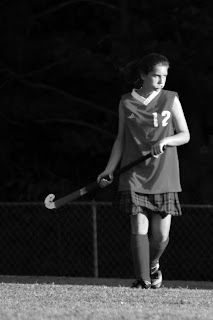 Pic taken by Rachael Trudell
I sat here thinking today about how most of my posts here focus on our daily struggles with Kacey's diabetes and I don't really talk about my oldest daughter, Kayleigh, very often. So today I'm going to talk about her :)

Kayleigh will be 14 in 9 more days. I can't believe than in just 4 more years she will be graduated...off to the college of her choice....and persuing her plans of being a Pastry Chef/Cake Decorator. It seems that just yesterday she came into this world...6 weeks early...but a healthy weight of 6lbs 12oz and absolutely perfect! I remember days of holding her and wondering if I'd be a good Mom...if she'd grow up with everything she wanted....could I give her what she wanted...and would she be the happiest child she could be. Looking back over the times in her life that I questioned myself...I can honestly say I've given her all she needed and she IS the happiest she could be! She's made me so proud and I really couldn't ask anymore from her. She's so open and honest with me and I hope things always stay that way!

Being 14 years old in 2008 is MUCH different than being 14 years old in 1989 (when I was 14). The pressure that is placed on kids now by peers and teachers is so heavy and I know the last person that should be pressuring her is me...but if I don't pressure her to stay in control of her life then I have that overwhelming fear that she will spiral out of control and make some silly mistakes I made. Not calling getting pregnant at 18 a mistake...by no means was she ever a mistake...but some of the choices I made weren't smart. I know she knows "my story" and how I didn't make some of the smartest choices and I know she'll make her own decisions reguardless of the mistakes I made...but I do want her to have the ability to "pause" for that split second and think about the consequences if she does make those decisions. I look around at the friends she has...nearly all of them being A-B honor roll. She doesnt hang with a bad crowd so she's chosen her friends wisely. She studies hard and has kept her grades on Honor Roll since 4th grade. She's played hockey for the last 3 years and she's found her place in the defense position...and might I add....shes damn good! (and Im not just saying that because Im her Mom) She gives 100% in whatever she does. So what more can I ask for? Nothing. Not a thing. She's giving me 100% and balancing school, sports, chores, friends and still smiling!

Over the last 2 months, the emotions of Kacey's diagnosis have weighed heavy on us all. Tempers flare. Tears flow. But in the end we all still smile...or we at least try to! Right after we came home from the hospital, I remember rushing around the house with my Super Mom cape flapping in the wind...trying to get all the daily chores done...the pressure of not being able to catch up on things because I felt like I'd just come home from the hospital with a newborn baby...and I remember getting upset with her because I just wanted her to do what I asked her without hearing "Why doesnt Kacey have to help?" or rolling her eyes...and it didnt hit me until later on that I really do expect alot out of her. So for the last few weeks, Ive given her the space to slack a bit on chores and such. We've all slacked on chores the last few weeks! She really took Kacey's diagnosis hard and I really didn't give her any time to open up about her feelings about it all until later that night. The first night we were in the hospital, she sat up with me while Kacey and Frankie slept and when the clock finally turned 3am, I let her slide up in the hospital bed with Kacey to try and get some rest. She was so scared she'd hurt her sister and before she got in the bed she opened up and started to cry. She was scared her sister would die. She was concerned about how we'd deal with it. She was scared of the needles. She was scared they'd hurt her sister. There were so many things swirling around in her head...and being older I guess I expected her to handle it the way we did....but inside she was still that scared little girl. Even now...there are times that she will fight with Kacey to no end...but other times when she calls me to let me know shes at hockey practice and she will ask "Hows Kacey feeling?". Ahhh the joys of Sisterly Love.

So...in the end...I know she will continue to make me proud and is growing into a beautiful young lady.